Soharóza received an invitation to the event “Pécs2010 as the Capital of Culture in Europe”, which was held at the Hungarian Embassy in Berlin. The musical material was based on the wide variety of colourful music of the people living in the city of Pécs – embellished with visual and rhythmic elements. After our flashmob in the streets of Berlin, the concert continued inside the Embassy, and in addition we had the opportunity the next day to present our own experimental production – Surface Tension – within the framework of official programmes at the Hungarian Institute. 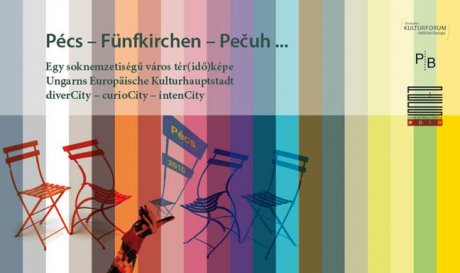