Joint Representation was a special performance by Soharóza which was held in a courtyart of a house in the centre of Budapest. The residents' desires, conflicts and strangeness was shown by the members of the choir while the building's spaces, walls and staircases became an integral part of the piece. The audience stood in the courtyard and could listen how the noises and sounds fill the whole building, while they could see special projections all around the walls. Quite an extensive repertoir could be found in the performance such as a bulgarian folk song, a sanskrit mantra, a movement song, a rewritten contemporary opera. The concept was made and implemented by Máté Szilvay, member of Soharóza. 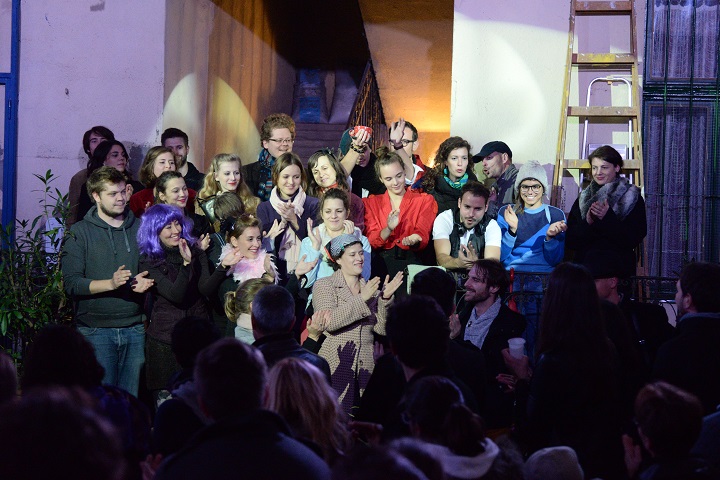