This year The Hungarian Association of Theatre Critics gave theatrical awards for the 35th time in 15 categories. During the gala, which was directed by Martin Boross, the stage became an anti-utopian jungle in which the prizes were announced. So, what is a choir for? To have the chance to give the Special Award to László Márton for the re-translation of Faust I-II. 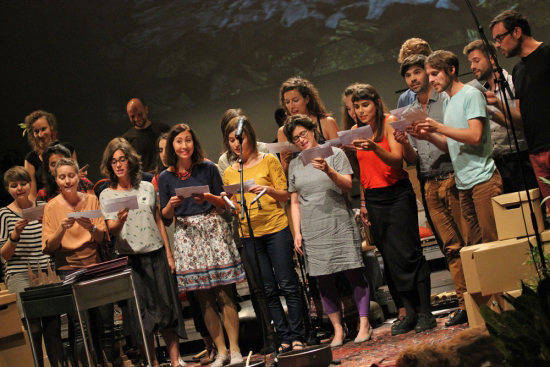