This unconventional theatrical show is a choral improvisation based contemporary opera, with a libretto inspired by a website that collects and explains current Hungarian slang. The story resembles an Ancient Greek tragedy, and as the characters are singing in an exaggerated, fictional slang-language, the tough guys of the countryside turn into epic heroes. The concert took place among the secret roots and dripstones of the luminous Szemlő-hegy Cave.

Music composed by Dóra Halas and Soharóza based on choral improvisation. The opera incorporates some works of Ariel Ramírez and Karl Jenkins, as well as South African and African-American songs. Libretto written by Kristóf Juhász, based on “Szlengblog”. Directed by Pál Göttinger.

Press reviews (only in Hungarian): 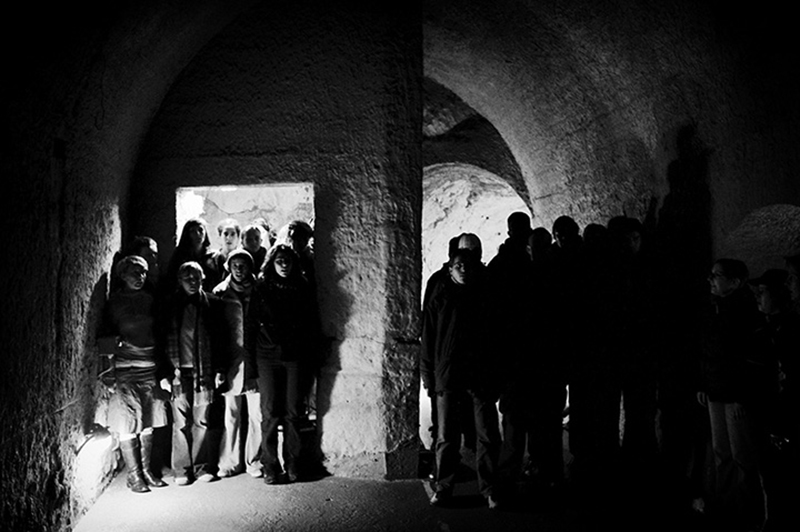