Gastroblogger Zsófi Mautner came up with a simple, but truly enchanting idea for the Christmas dinner of YPO (Young Presidents' Organization): she prepared an international menu based on the nationalities of the participants. The Soharóza Pop-up Chix - a group of five female singers - took this idea further and created music for the different cultures of each dish. All this was preceded by an INTRO of international food names and wrapped up by a competitive grand closing with excerpts of big hits representing each nationality present. A Dutch man for instance was so thrilled to hear the first words of The Fox from Ylvis that he leaped into the air judging it to be from his country. The Norwegian guy at the next table cooled him off quite fast. 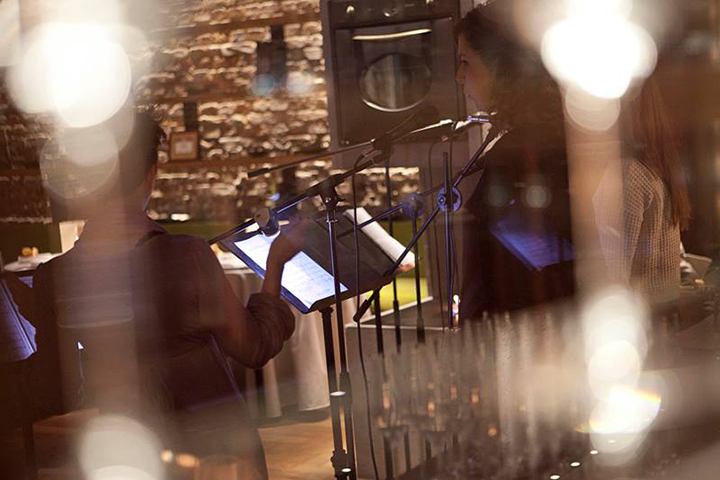