Is it possible to weave The Beatles hits into the fabric of a 17th-century English madrigal to prove that English blood is thicker than water? Can one rearrange songs of the legendary Hungarian singer Tamás Cseh or the band KFT exclusively for vocals along the lines of an entirely novel approach? Is it likely for a Bulgarian folk song and a Katalin Karády evergreen to appear in the same song?
The answer in all cases is affirmative as the only criterium for merging the most diverse tunes successfully is a conceptual thread that strings them together. Several elements appeared in this concert from previous repertoires, earlier projects, somewhat improved, at times completely re-interpreted. The array of medley and mash-up pieces allowed the audience to discover Hungarian, Bulgarian or Indonesian folk tunes, to experience ’Fever’ – Peggy Lee’s blues hymn – wonderfully blended with a popular nursery rhyme, as well as to enjoy the a cappella version of the ’Death’ Act of our first catwalk-concert, Taboo Collection. 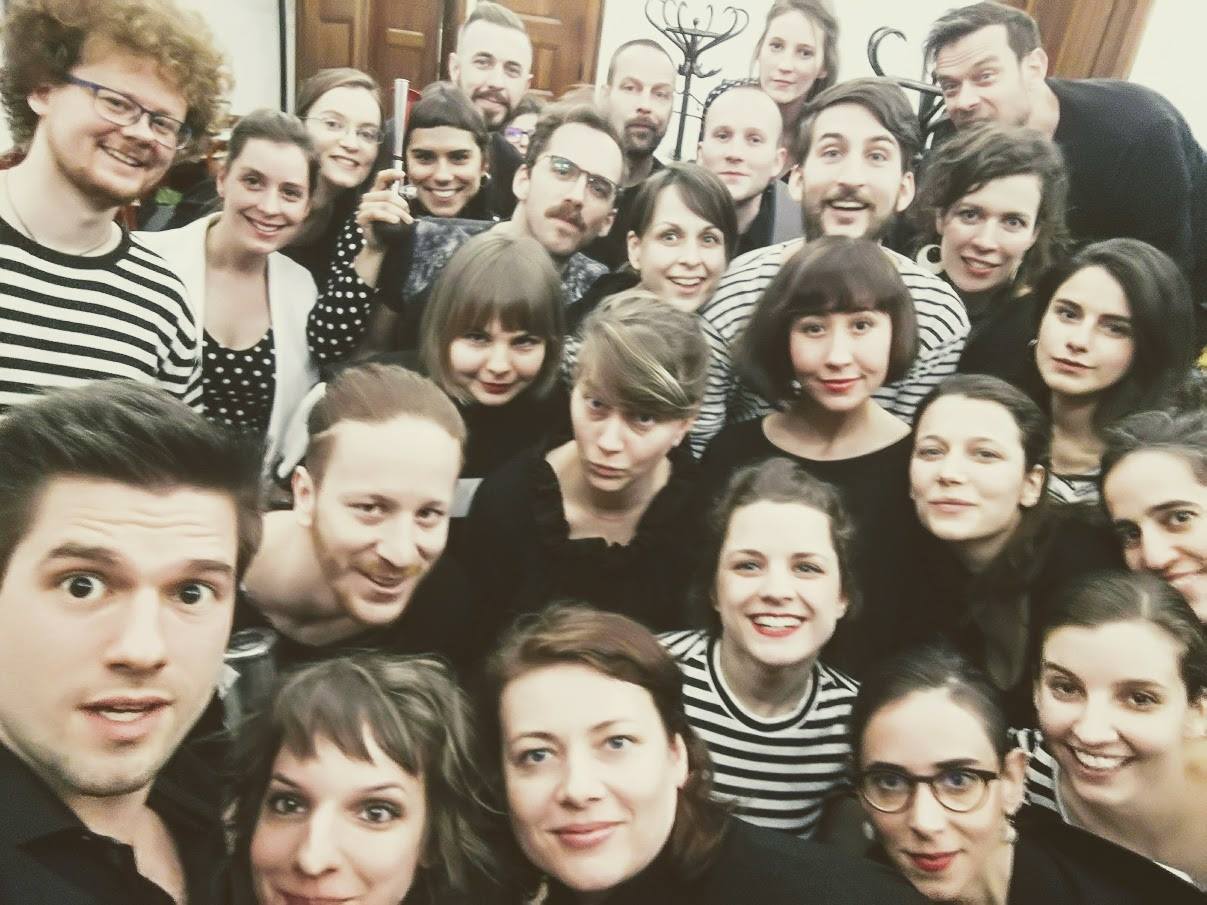