Hear is an auditive choreography that unfolds around and in between the audience. During their European tour of the project ’Hear’, choreographer Benjamin Vandewalle and composer Yoann Durant are developing a human soundscape that explores the physical power of sound.
The duo is concerned with sound but go beyond its emitter, receptor and aesthetics. The matter of sound - the being, the becoming, the existence and the visual reality of sound as such are the protagonists of their work. Hear doesn’t emphasize your physical body, yet its limits are tested, shifting and expanding to other bodies. You are here in Hear. And over there. And there. Sound is everywhere and all the time – like the members of Soharóza, their artistic partners during the tour’s Hungarian phase. 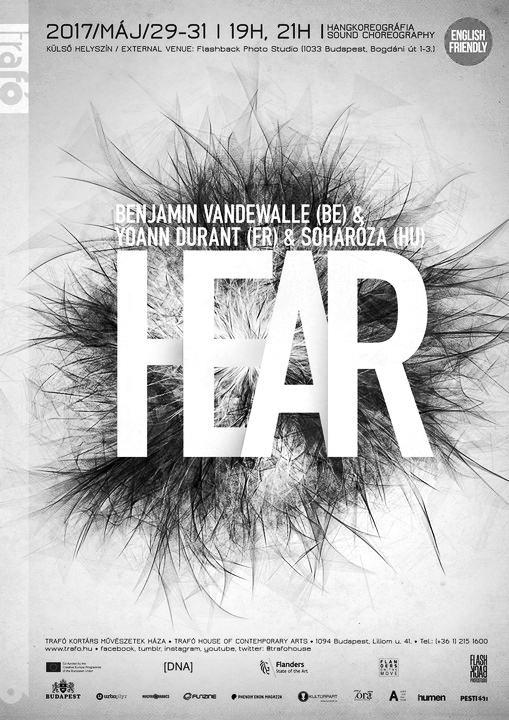